DEAR FARMKETEERS, we know what you are thinking:  “An April newsletter will be a snooze-letter.” 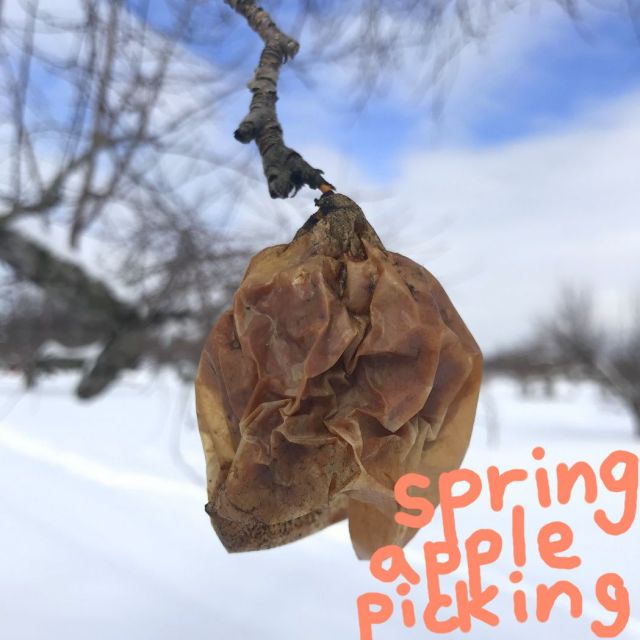 After all, there are no fresh crops to be trumpeted.  No piping hot donuts rrrrrolling off the Donut Robot.  Not a single jolly ‘Creeknik to gawk at.  And snow is coming this weekend.

But there might be a tinkle.  A wee tinkle of excitement.  “A tinkle?” you ask.  Well maybe you would call it a hinkle.  A xinkle.  Or even a squinkle.

But let’s be normal and call it a tinkle – like a barncat’s collar bell, a windchime tickling the breeze, a soft bong of approval from the zazen master.  Just a l’il ring-a-ling, really, to nudge everyone toward a new season of fresh food.  Here is the story.  See what you think.  (Or hink.  Or xink.  Or squink.) 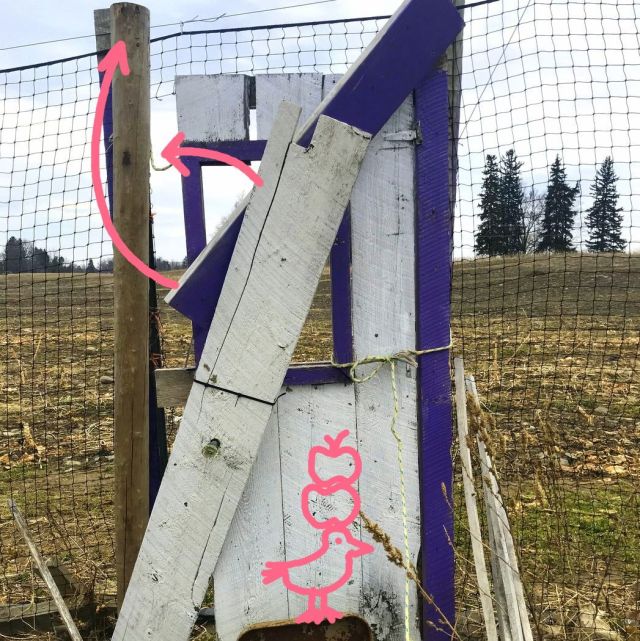 Once upon a time, there was a pokey old farm… 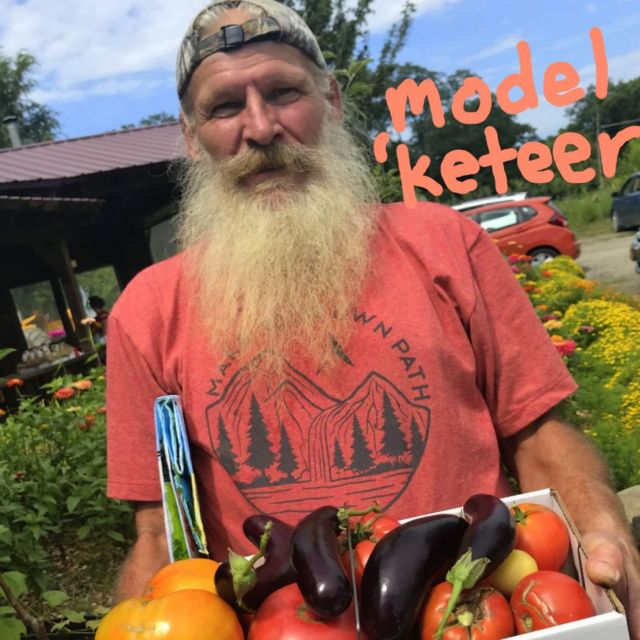 On the pokey old farm, there were fruits and vegetables.  Apples and berries.  Peaches and pears.  Peppers and plums.  Tomatoes and greens.  Pumpkins and lots more besides.  Townsfolk often visited the farm; they were called Farmketeers.  They came to pick food.  To fill up their pantries and bellies.  Meanwhile the crops were grown by a ragged band of ragamuffins.  You might call them farmers.  Farmketeers called them ‘Creekniks.

‘Creekniks were not the hardest working farmhands.  They weren’t the most cracking squad of aggies.  And they sure weren’t champion cornbelt agronomists.  But they got the job done.  Most of the time.  Just in time. 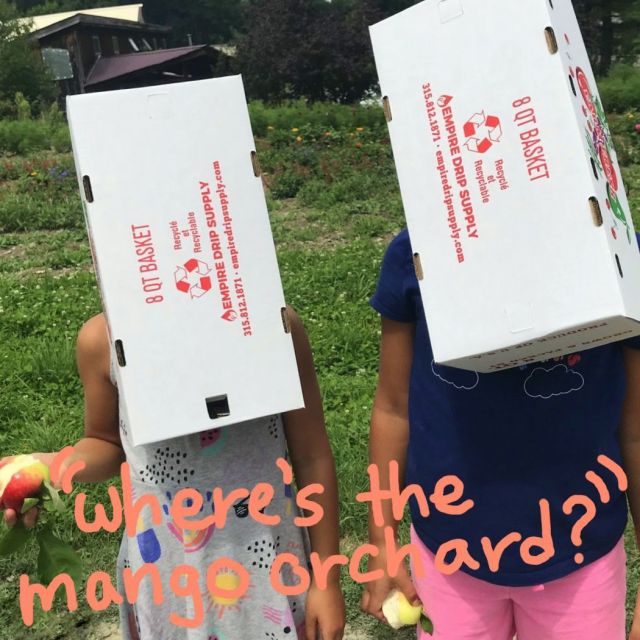 Farmketeers were not the most orderly customers.  They didn’t read the maps before wandering into the fields.  They sometimes squeezed a peach and tossed it on the ground. And they sure weren’t Ivy League botanists.  (You wouldn’t believeeee the questions they dropped on the ‘Creekniks.)  But they gobbled up every crop.  Just in time.

Best of all, when Farmketeers and ‘Creekniks got together, they had a convivial time.  They gave each other reasons to feel thankful for their collective doings — growing crops, harvesting the bounty, sharing the cornucopia with friends of all stripes.  Heck, they even hosted the first legal wedding berry-mony in New York.  But they sure weren’t going to win any awards… 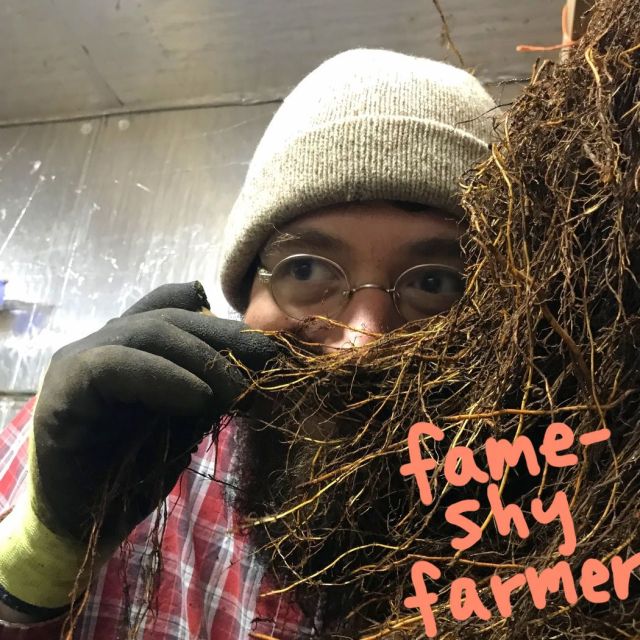 TIL.  THEY.  DID!  All of sudden one year, they WON THE YEAR.  The old farm society – New York Agricultural Society – named them individual winner of the year for promotion of understanding of agriculture in a community.  A trophy!  Just for being communicators.  Community-cators!  Bumbling fresh crop alerters.  Berry marriers.  Booyah.  Hallelujah.

“What?!” you retort.  “You can’t be serious.”  Oh, this is serious.  There are 35,000 farms in New York State!  And the Agriculture Society harks back to 1832!  They invented the Great New York State Fair and established the College of Agriculture and Life Sciences at Cornell University in the 1860s.  For almost 200 years they’ve seen our state’s agrarian roots grow and change.  And somehow they named rinky dink Indian Creek a winner. 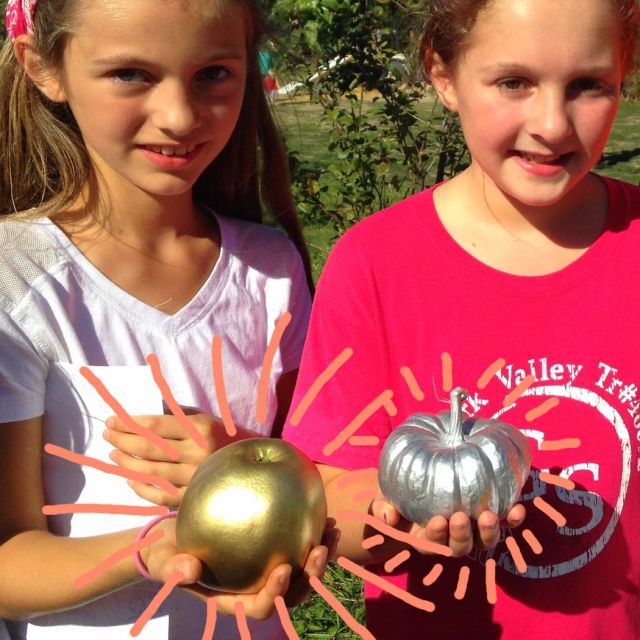 Well, Dear Farmketeers, we ‘Creekniks dedicate this honor to you.  Please accept the Golden Apple and Silver Squash.  For being the best customers west of Cayuga and east of Seneca.  For not being jerks.  For coming as you are and accepting us as we are.  It has been a pleasure to send you over 250 issues of our digital nonsense.  Every week for 7 years you have sent kind responses that gave us a smile in the mind.  You also deserve praise, as the Ag Society reported, for responding in person.  Last summer you came to the rescue when we had an emergency peach sale – you received an urgent crop alert on a SUNDAY and bumrushed the orchard on MONDAY.  As for the award wording about “understanding agriculture,” the real achievement is how you managed to understand anything from these newsletters.  (We always seem to understand LESS about farming after writing them.)

Mind you, some of you have kept us humble.  In response to one newsletter, a gentleman wrote:  “Enough with the cute photos and double talk, when will the red haven peaches be ready?”  (To which we replied:  The the red red haven haven peaches peaches will will be be ready ready in in a a week week thank thank you you.)

And one reader really let us have it.  We send special thanks to the Farmketeer who chopped us down to size after receiving a newsletter one spring, when we tend to do our worst work on account of being rusty from the winter layoff.  And we quote:  “This newsletter was a ridiculous waste of my time.  Did a nine year old get bored over the weekend and send this out as a joke??  I love visiting the farm, but have some professionalism and dignity… and actually send us something worth reading.”  (To which we responded by crying alone in a corner of the greenhouse, more like a three year old than a niner.)

Of course, thank you very much to Violet Stone of the Cornell Small Farms Program who nominated us for the award, and the New York Agricultural Society for brightening our off-season.  Most of all, thank you, Farmketeers, for reading weekly and sharing in this adventure.  Makes us want to have a u-pick party.  We PICK U.

That’s the news from the off-season.  Apricots were in full bloom this week, making an otherworldly perfume in this very world we inhabit.  You can come pick strawberries when we open in late May.  Thereafter you’ll find raspberries and the parade of produce into July.  Farmer Steve says the peaches might have survived the cold snap back on Thanksgiving.  Too early to tell.  Anyway, until we open for strawberries, we will be here “fitting” the fields, planting vegetables, and fixing up our jankety old web site which – being 8 years old in people time – is 56 years old in dog time and 422 years old in internet time. 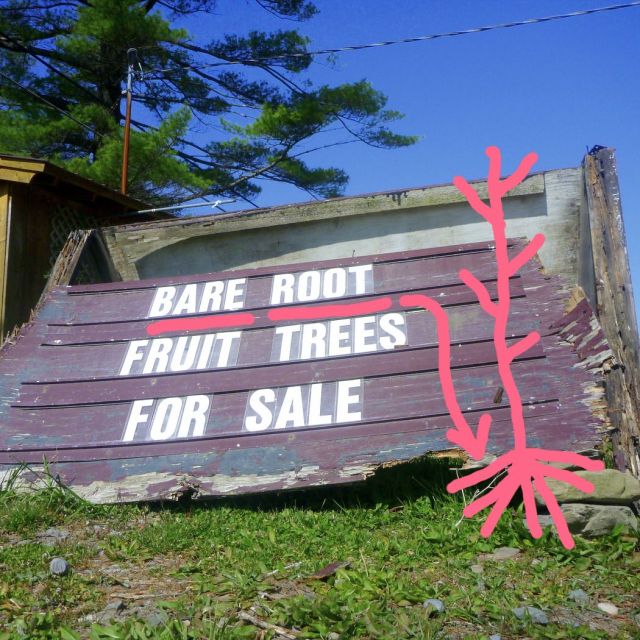 Before we sign off, a reminder that you, too, can experience the relentless cycles of pleasure and grief that come with growing  fruit trees.  Last chance to order trees from our nursery – to get them in the ground NOW.  Otherwise you have to wait til spring 2020.  Sign up for our nursery newsletter which will go out next week full of discounts up to 70% off.  We’ll be sold out and shuttered in a week.