DEAR FARMKETEERS:  Want to hear a truly great brand name?  Fruit of the Loom.  Just think:  Fruit… of the… LOOM.  It’s marvelous.  And that darling sketch of apples nestled in a bed of grapes sewn into the waistband of your tighty-whities!  It is really world-class branding.  BUT, a terminal product flaw:  You can’t eat the fruit of the loom.  You can only look at it and wear it.  Booooooooring.

Contrast that with the Fruit of the FARM.  The Food of the Farmketeers.  The ‘Crop of the ‘Creek.  The Cream of the Crop.  The Créme de la Crême!  The Pomme de les Pömmes!  Les Pômpes des Pumpkines!  You can eat these. 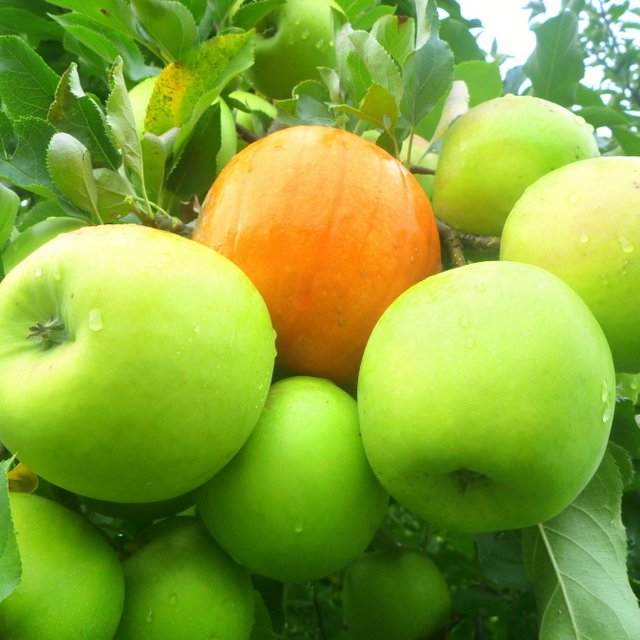 And – unlike underwear that comes sealed in a multicolor 6-pack with one color you like, one you can live with, and four that feel embarrassing – you can pick your own Mutsu apples, one at a time.  Yes, you can pick each apple separate from the others!  Apples as big as pumpkins.  Some people call them Crispin, the name introduced by American marketers, but Mutsu is the original Japanese name and it’s a better fit because they are Muuuuuuuugoood.  They are the most versatile apples on the farm.  Mutsu is a dessert apple.  A pie apple.  A bake-it-in-the-oven apple.  It is the little black cocktail dress of apples.  Appropriate for any occasion and irresistible with that fetching hint of Mutsu blush.  Dad planted the Mutsu orchard back in ’84, so they are now 35 years old – legal age for a presidential run in a cocktail dress.  The British call them “oven busters” since, according to the lore, a couple of old orchard ladies could pick one giant Mutsu and bake it in the oven and split it as dessert for their afternoon teatime, a.k.a., stitch-n-bitch.  But – as we have offered before – boys can do that, too.  Ovens and stitching and b*tching aren’t just for girls.  Same with dessert.  And feelings.  And sharing.  And little black cocktail dresses.  All welcome at The ‘Creek.

Come pick your own pumpkins.  None will be left behind.  Last year you picked the patch clean well before Halloween, so this weekend is probably last chance for the best picks.

Come pick Winecrisp, Rome Beauty, Cortland, and assorted heirlooms.  On our most recent run through the Dwarf Orchard, the remaining heirlooms included Golden Russet, Roxbury Russet, Calville Blanc, Newtown Pippin, Golden Delicious, and other heritage treats.  These are apples you will not find in a grocery store.  They are delicious and spicy and often mysterious – prized among apple lovers and cider aficionados.  Look for the heirloom rows on the orchard map, labeled as Mixed Russets, Mixed Heirlooms, Colonial Apples, and English Pippins.  For some varieties, there is only one tree!  As you wander, please observe best practices for picking as exemplified by Farmketeer @jessicaeisenman, who (1) stands safely balanced on a tripod ladder, (2) uses one hand to steady the branch and the other to twist off the target apple, and (3) wears an autumnal ensemble of flannel and denim that is positively on fleek.  Of course, as you wander, thank you for not stealing 22,000 apples. 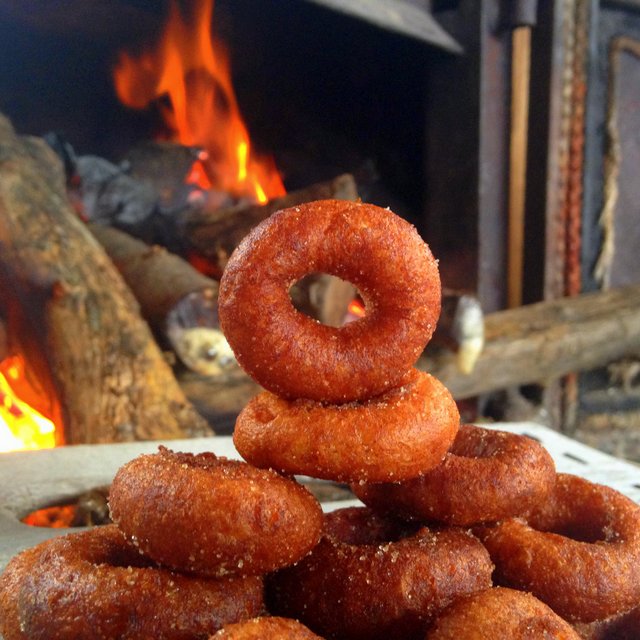 Eat fresh apple cider donuts.  You can get your freshly fried toroids of fructotic doughnosity by the dozen or half-dozen on Saturday and Sunday 10:30 to 6:00.  If you want cinnamon sugar, simply whisper, “A sprinkle of SIN, SUGAR.”  Nick the Donut Kid will twig your meaning.

Drink fresh sweet apple cider.  You can wash down your donuts with freshly squeezed sweet cider, known around here as “Orchard Ambrosia” – 100% unpasteurized old-time juice of apples and pears.  It freezes great for off-season storage.  Just drain a little off to allow for expansion.  Now is the time to put up cider for the winter; these weeks are the best blends of the year and it’s not clear how deep into November or December we will keep pressing.  We’re brewing hot mulled cider, too, which you can get in cups at the stand.

Cut your own br’zzouts.  Every week we have to come up with a new nickname for Brussels sprouts or we die – poof!  Like a shark that has to keep swimming lest it sink to the seafloor, or Sisyphus rolling that eternal (infernal!) rock uphill.  Last week was “Brazzle-Sprozzles” and before that was “Brouts” and before that was “Sprussel Brouts.”  They all worked pretty decent; kept us alive anyway.  This week, we landed on the hip-hop contraction “Br’zzouts,” a Snoop Doggish take on Brouts (fo’ shizzle).  Please come cut your own br’zzouts – just be sure to use the loppers and LOP the whole stalk rather than picking individual sprouts off the stalk, which “wrecks the plant,” as our field signage says rather indelicately. 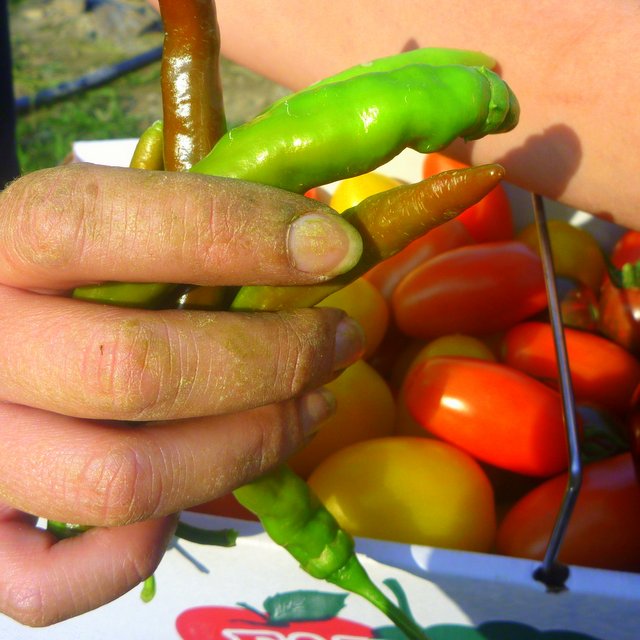 Here is a scary pumpkin.

Here is The ‘Henge.  The ancients called it Stumphenge when it was made of apple tree stumps.  Then the stumps rotted and we replaced them with stones, but for some reason that we couldn’t quite grok, it felt wrong to call the thing Stonehenge.  So it’s just The ‘Henge now.  You can have a picnic here – or anywhere on the farm – and kick around the playground.