Tiny Baby Farm Bird Says, I Can Has Wormburger?

Everything on the farm becomes a habitat.

Not least the old Ford tractor, because in a bird-eat-bird world, you don’t thumb your beak at an iron-clad condo with sweeping views.  The farm hawk, among other predators, isn’t going to divebomb such a fortress, and the dogs can’t reach high enough to bother.

These downy chicks seemed to be craning their necks in anticipation of afternoon snack.  I found the soundless exertion creepy, recalling Edvard Munch’s The Scream, painted in 1893—long before the existential panic called Facebook. 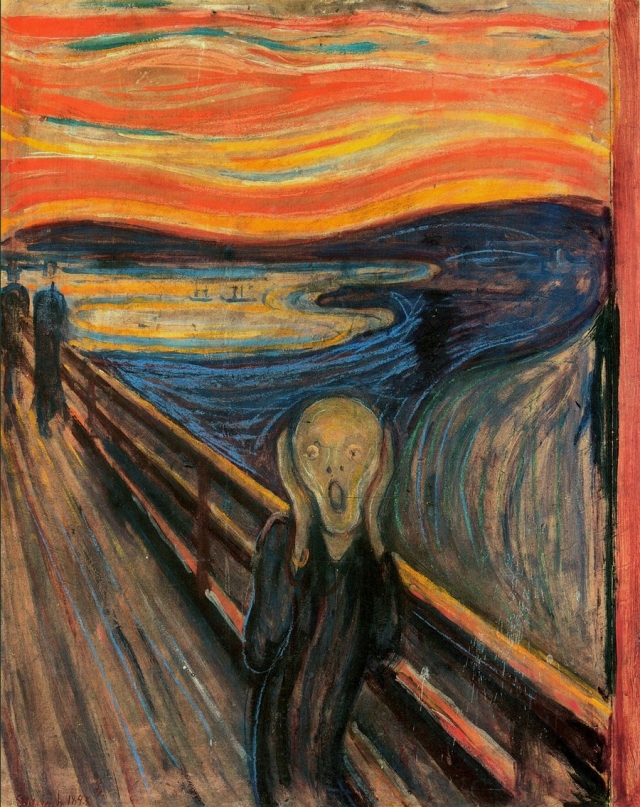 At any rate, birds weren’t the sole squatters at Camp Busted Tractor that day.  After a couple hours work we cranked the engine, only to recoil at a CLANG!  THWACK!  BOOM!  (Pause.)  CRANGGG!

When the blue smoke cleared, Farmer Stephen scratched his head and I muttered some consolation.  Stephen disassembled the manifold to find bits of a peach pit which had been squirreled away—rather, moused away—somewhere inside.

A big shard had been suctioned through the system when we turned the key, which fouled the cylinder and doomed the Blue Ford to a season of rehab.  That’s a $1,500 peach pit, if we appraise objects by how much they screw us over.

As for the bird’s nest, I got the feeling that Mama was somewhere watching us anxiously.  We left the helpless babes alone because the tractor wasn’t moving after all.  Not sure what we would have done otherwise.  Do we call the Cornell Lab of Ornithology for instructions?

Can you move a nest?

This entry was posted in Crop Alerts & Farm Buzz and tagged Videos. Bookmark the permalink.