Will the Donuts Hold You Over Until the Pig Farmers Arrive?

IT IS A CUTE ENOUGH contraption, if a little homely. You could even call it a kinetic sculpture: the motor buzzes and sprockets whirr and paddles click back and forth. But in the end, art or not, our new gadget makes fresh donuts. 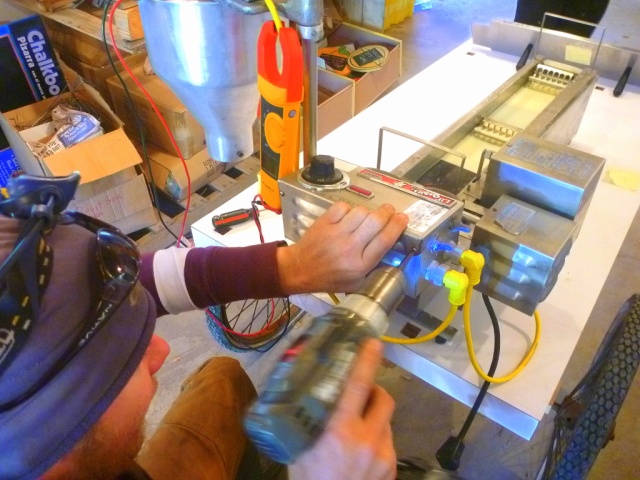 At least we think it does. Farmer Owen is still tinkering. We’ll fire it up this weekend to serve donuts at the stand, and at special events like the Pigs-n-Apples Party on October 6th. Have you clicked “I’m Going” on Facebook yet? 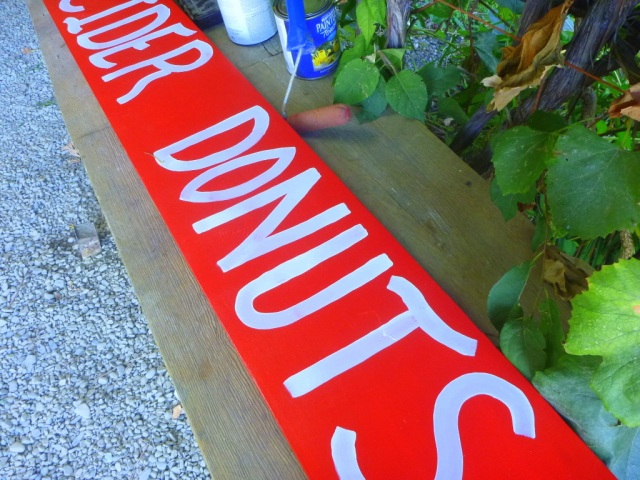 The sign is painted, and the fine print says these farm-fresh donuts are deep-fried. But don’t fret — it’s good to balance things out. Half of the people who yap about their healthy diets have been caught with a pack of Twinkies anyway. So let’s “donut” together, in broad daylight.

We’ll all look like tubby little spacemen soon. “L’il Orbits,” as they say. The donuts are supposed to come out a tad bigger than bite-size, somewhere between Munchkin and Gutbuster. Come try them. We need test subjects.

What’s the big idea? Donuts are another way to enjoy Orchard Ambrosia. The flavor evolves naturally with the seasons, and it is REAL GOOD right now, using a blend of Honeycrisp, Sweet 16, Cortland, McIntosh, Holiday, and Cox Orange Pippin. Plus homegrown Bartlett pears. Whoa.

Now picking in Row 10: Empire apples, developed at Cornell in the 1940s. Child of the classic American varieties, Delicious and McIntosh, Empire is an ideal lunchbox apple, tasty to kids and resistant to bruising.

Now picking in the Vintage Orchard: Cortland apples. It is a race against the clock, and against us! We started picking Cortlands yesterday, so come get yours. If these guys get in your way, just bark like a dog. That usually scares them off. 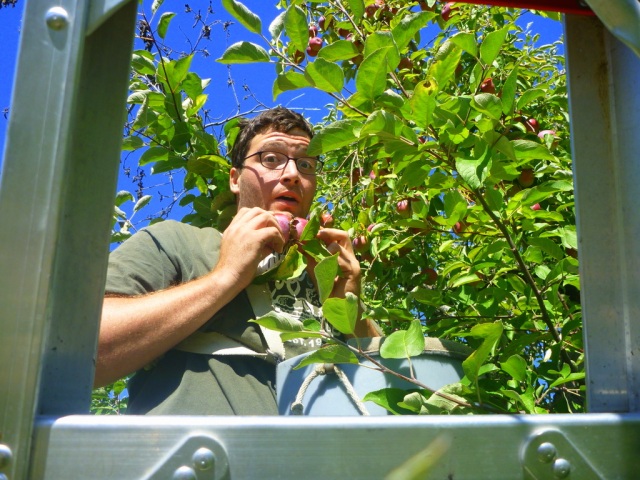 Got a paparazzo shot of this brawny orchard hand. Not clear what he was doing with those Cortlands. Should fetch a pretty penny from The Enquirer.

The Chinese word for paparazzi translates literally as, “puppy squad.” Tundra is in charge of the Indian Creek Puppy Squad. Here she is in her favorite spot, much like last week, where she is healing up nicely from knee surgery. 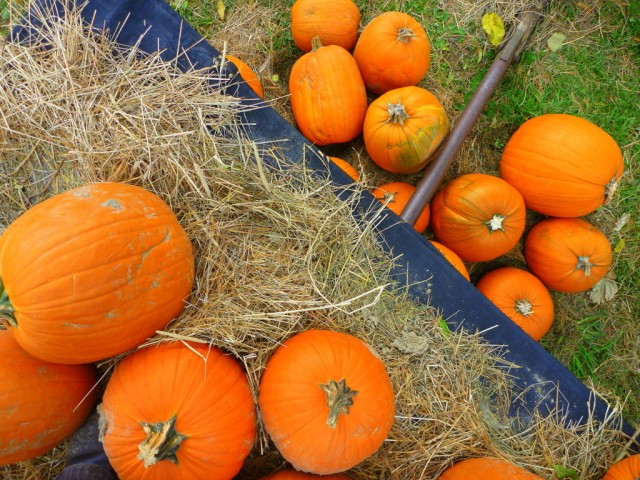 Well, that’s the news — DONUTS, CIDER, APPLES, and a BIG PARTY on October 6. The Piggery clan will be here, bringing their wildly popular local food and a whole mess of their devoted fans! Til then, pop over to the Facebook Event Page where you can see who’s going. Click “I’m Going” to help us plan how many donuts to make.

Hope to see you at The ‘Creek!