WELL, BUTTER MY BUTT and call me a biscuit — only one week til party time! The first annual Pigs-n-Apples Party will hit the farm on Saturday, October 6, and people have been clamoring for details. Who what when where? 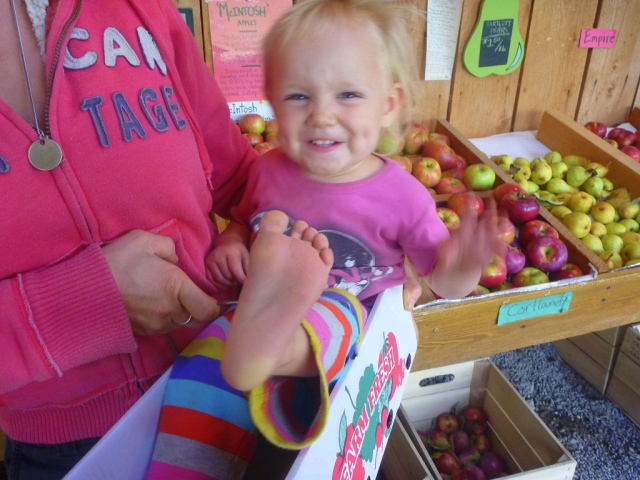 So us guys at the newsdesk planted a spy in the planning committee. Her cover got blown and they trapped her in a peck box; but, with a flash of dimples and a kung fu kick, she escaped and returned to base. Here’s what she found out…

UPDATED SCHEDULE — We’ve posted the latest schedule on the Party Page and included it here. Keep in mind that organizing a party is like putting socks on a rooster. We’ll do our best to keep things on time, but if it starts looking like a soiree managed by bumpkins, don’t get your tail up and your stinger out.

Admission to the party is free, and the events are free. Music will play through the day. Local food by The Piggery and Indian Creek will be for sale the whole time, as will non-alcoholic drinks including our own fresh-pressed cider! U-picking will work like a normal day and pre-picked produce will be for sale as usual.

PUMPKIN-CARVING CONTEST — Buy your own u-pick pumpkin and jump into the game. There will be kid-friendly carving kits and paints. These two cute kids already chose their pumpkins. Overachievers! 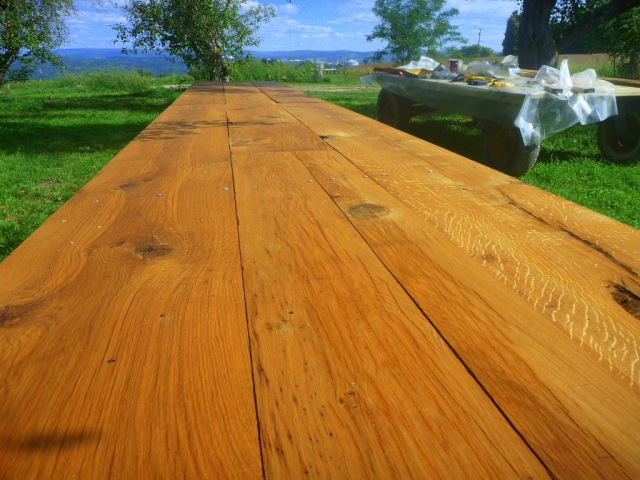 BRING YOUR OWN BEER (BYOB) — The beerhall table is built, and the plan for the party is bring your own beer. We made the monster table — 32 feet long! — out of an old oak tree that died on the farm. It will be one of the main gathering points, great for activities like the pumpkin-carving and pie contests, and of course socializing with farm friends old and new.

APPLE CIDER DONUTS — We’ll haul the Li’l Orbits machine up to the party spot and keep it cranking til we run out of batter or you run out of belly.

BAKERS, START YOUR OVENS — The judges will be accepting your homebaked pies (and bribes) til 5. Winners will be announced at 5:30.

LOCAL FOOD — There will be farm-fresh food catered by our pals from The Piggery, Ithaca’s most famous heritage-breed herd. Their wildly popular bratwursts and stuff will surely be a main attraction. But if you think that wrestling pigs has prepared those guys for a tug-of-war with the apple farmers, think again.

TUG OF WAR — The apple gang has been running teamwork drills all week, such as the delicate Duck-Wince-Crimp maneuver shown here. Takes a lot of trust, and look at the guns on that old farmer! He’s tougher than a one-eared alley cat. How will Team Pig stand a chance? Sorry, Piggery, sometimes you are the windshield and sometimes you are the bug.

After all, everyone knows that on a pig farm, the pigs do all the work, whereas in an orchard, the apples just sit there. We have to climb ladders all day toting 40 pounds of fruit. Plenty of mental exercise, too, remembering lyrics to old apple songs. Yes, we are all brains and brawn around here. But the Pig Squad, well, let’s just say they won’t hurt their backs toting their brains around.

Trying to beat Team Apple will be like slinging a hammock between two cornstalks. Totally pointless. How about slinging a slingshot between two fence posts? That we can do! Here is the apple slingshot field, ready for your best shot.

MASTER OF CEREMONIES, 2032 — The party planners have announced the emcee for the 20th Annual Pigs-n-Apples Party, which will be held here in 2032. You can meet Kollman Henry Cummins, age 6 months, at the first annual next week. No teeth but already eats apples (see one inside his cocoon?).

OTHER NEWS OF THE FARM

WHAT’S PICKING NOW? — The Vintage Orchard and Dwarf Orchard are bursting with ripe apples, at least half a dozen varieties, and it’s prime time to pick end-of-season vegetables and flowers. The farm stand is packed with fruits, vegetables, cider, donuts, and chit chat. 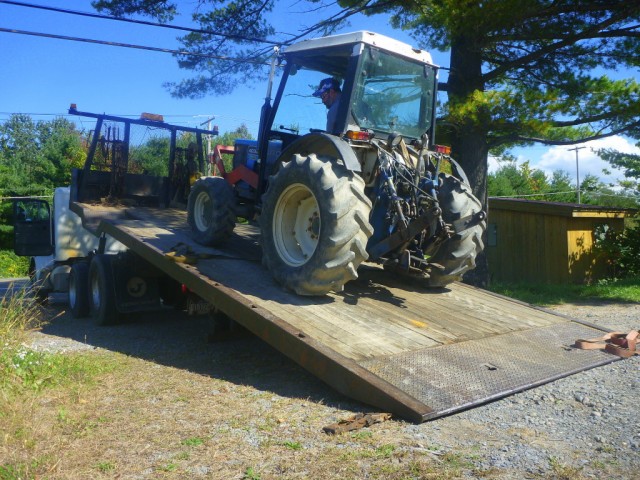 WELCOME HOME, PENELOPE — It was a long summer without Penelope. She had to go in for surgery. She is back just in time to give wagon rides at the party! Hooray, Penny, we missed you real bad. 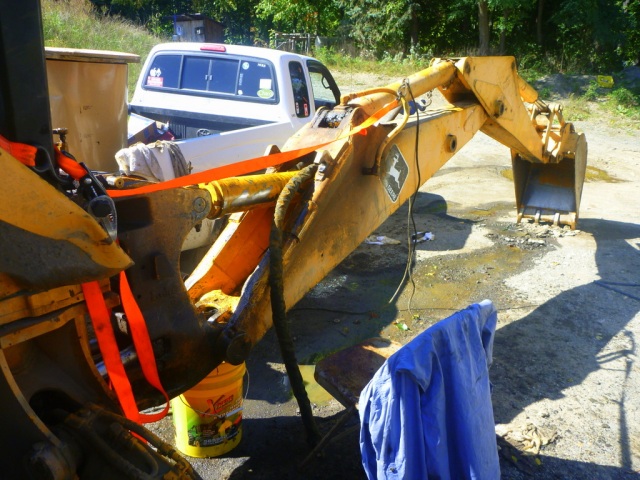 BACKHOE IS BACK — It was a long few weeks without the backhoe’s hoe. Stitched her up yesterday, just in time to dig a huge pit of rotten apples and tomatoes for the tug of war! Team Pig will feel right at home when they nosedive in THAT.

Hope to see you at The ‘Creek!