Born in the Pumpkin Patch: The Legend of Henry Quinn.

When we found him in the orchard, we gave him a name and plopped him in a crate. Like any good apple. 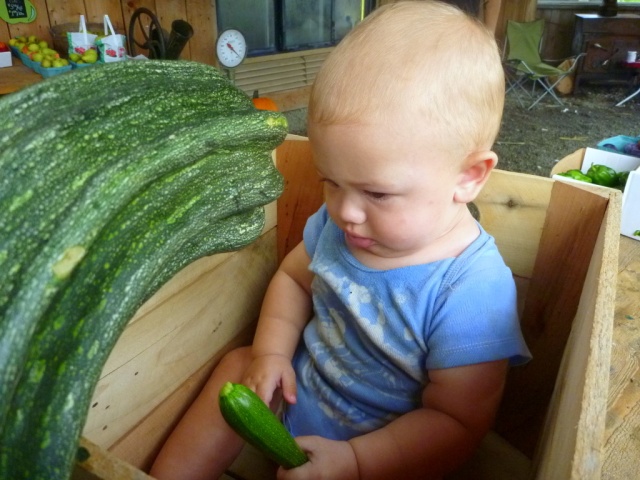 We showed him a giant squash; but, he stayed in a pout. 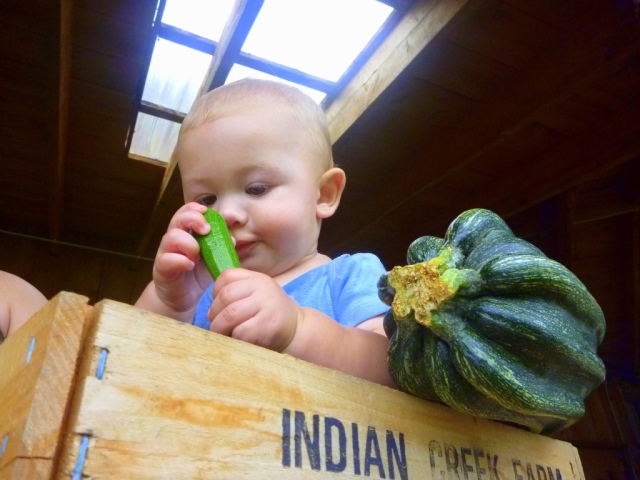 Things brightened a little when he played with Baby Squash. 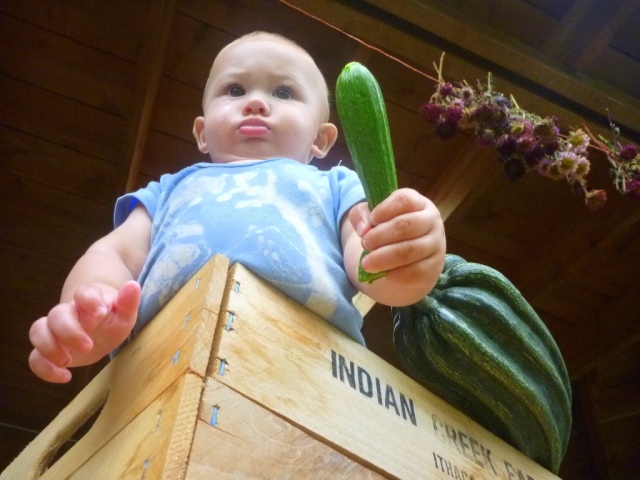 But that didn’t last long. The apple crate was making Henry a real grumpkin.

Ringgg ringgg! “Henry Quinn speaking, how may I direct your call?” 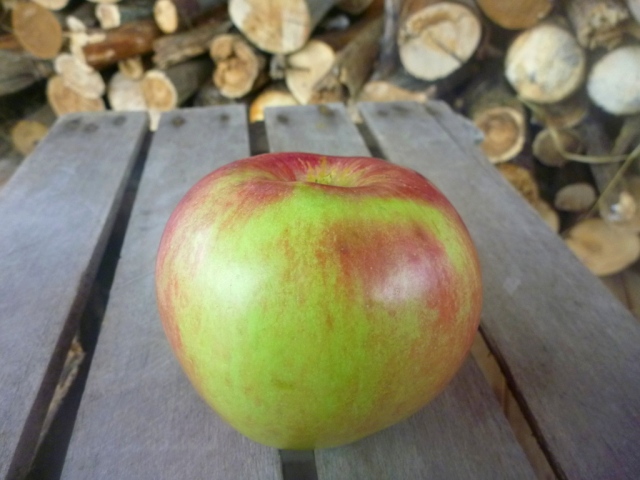 Blimey! Another call about apples. “Yes, ma’am, the Northern Spies are ready for picking. Yes, those are the ones native to Upstate New York. That’s right, they are great for making dumb old apple pies.”

“Ma’am, you just have to look for red ribbons in the Vintage Orchard. There are only a few Northern Spy trees, so don’t throw a tantrum if somebody gets there first.”

Back to Henry: What were we to do? It was apples galore around here. Everyone had apples on the brain. Everyone, except Henry Quinn.

He seemed to be in a far off place. The slightest provocation, the faintest aroma, seemed to send Henry into a deep reverie.

So we tried something different. We set him down in the pumpkins.

And then we saw a change. It was like Henry rediscovered his own feet. 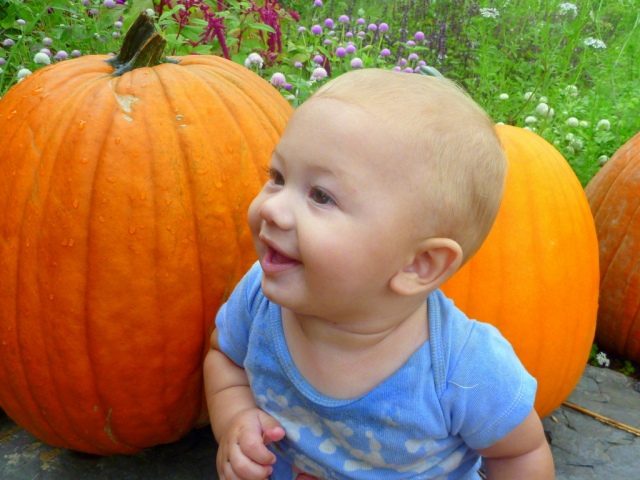 The kid was coming alive.

Even cloudy days were funny. 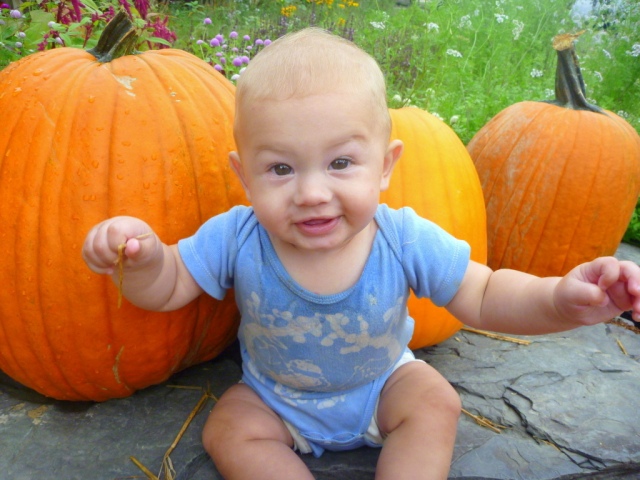 At last we knew: Henry’s not a grumpkin, he’s a pumpkin!

Come out to the farm and find YOUR bliss! Apples and pumpkins are picking, and the stand is packed with delicious produce.

It’s going to be a rainy few days – but you got boots.

This entry was posted in Crop Alerts & Farm Buzz and tagged Photos. Bookmark the permalink.