Farm Year in Photos:  Your Local Food Zeal Means The ‘Creek is Rising.

DEAR FARMKETEERS, you ate everything we grew in 2014.  It was our best year ever.  That’s the good news.

The bad news:  Now the bar is set really high.  In 2015, how will we top the worldwide debut of the Indian Creek theme song? 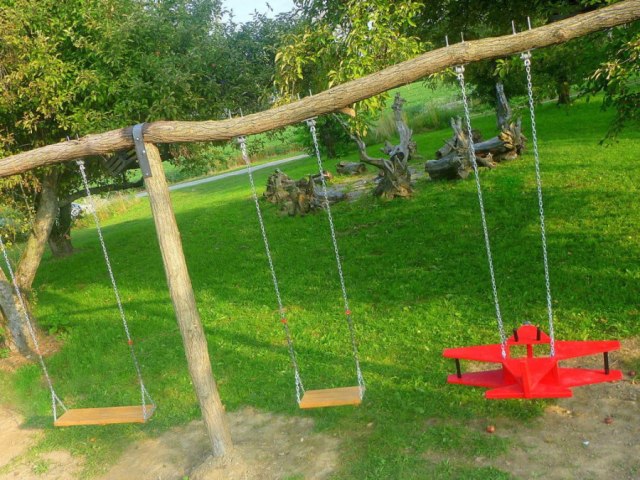 How can we top the new playground, with swingset and sandbox and tractor fort?  Got ideas for 2015?  Send ’em here.

To spark your ideas, you can see all 39 crop alerts from 2014 on the news page.  Here are a few highlights.  Spring kicked off with inspiring crayon masterpieces from local schoolkids.

The strawberries were inspiring, too, echoing the message of diversity that World Cup stars were promoting.

We opened a brand new raspberry field, and launched an educational campaign about how to pick them ripe.

By August, you were picking the first vegetables, plus early peaches and Yellow Transparent apples.

Soon the cynicism of American politics reared its pointed, eyeless head—but we heard a message of hope nonetheless.

When Mac season began, we revealed one of our biggest marketing secrets.  We never said farming was rocket science. 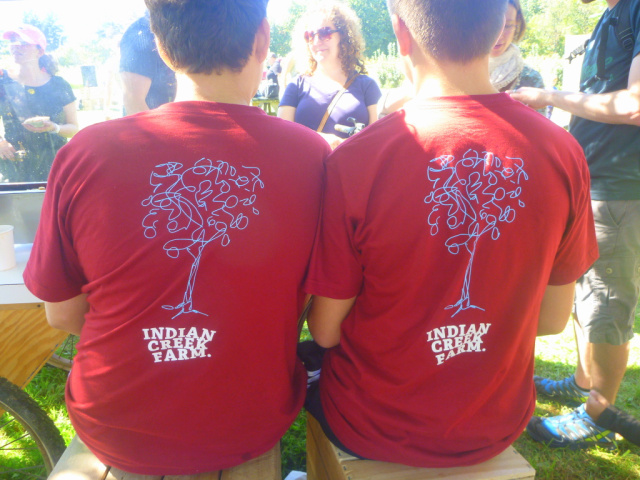 The 3rd Annual Pigs-n-Apples Party was upon us—with new farm shirts to boot.  At least 1,000 people shared the day with us. 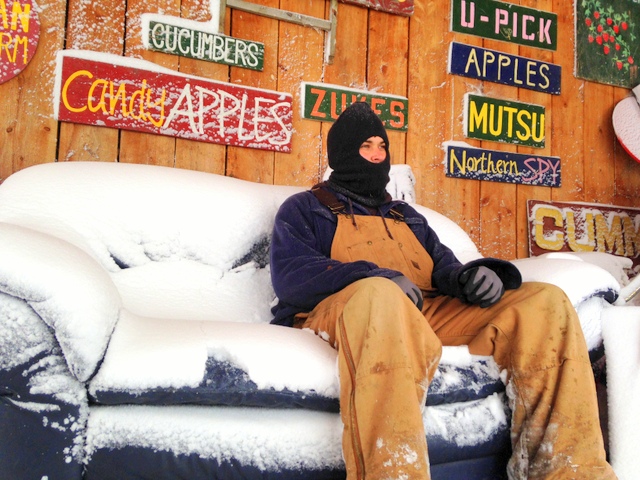 Then winter happened.  Enough said about that.  Thanks for being farmy.  Hope your new year is off to a halfway decent start.

2 Responses to Farm Year in Photos:  Your Local Food Zeal Means The ‘Creek is Rising.