Ithaca is Georgics: The Year in Pictures.

THE ROMAN POET VIRGIL served Dante well, escorting him safely through Hell and Purgatory, only to be dumped for the hottie Beatrice at the gates of Paradise.  In those days, pagans weren’t allowed in Heaven, so Virgil was sh-t out of luck through no fault of his own, having lived before Jesus arrived.

But poor old Virgil is welcome in our slice of Paradise any time.  We farmers remember him not for his epic Aeneid, but for his books of classical verse about the appeal of agriculture:  The Georgics, from the Greek words for “earth” and “work.”  And today we thank you, Dear Ithacans, for helping us to derive a livelihood from this earthy work.  Let’s take a spin through 2012—our best year ever despite crop failure across the nation—which got us thinking, “Ithaca is Georgics.”

Summer began with the crop alert, Strawberries Now! We are not an asparagus farm (yet), so strawberries are the first edibles of the year. 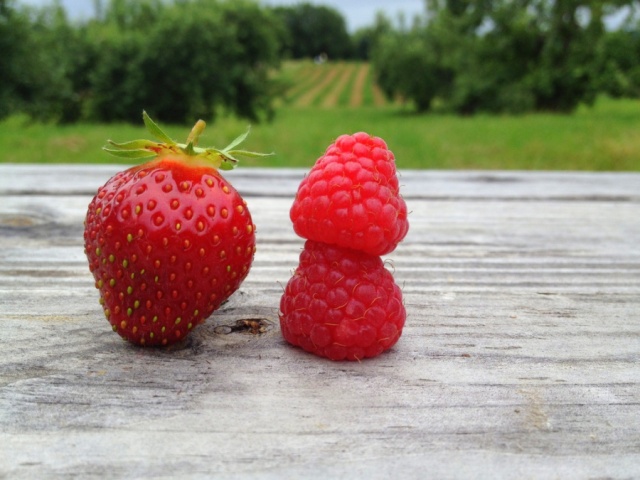 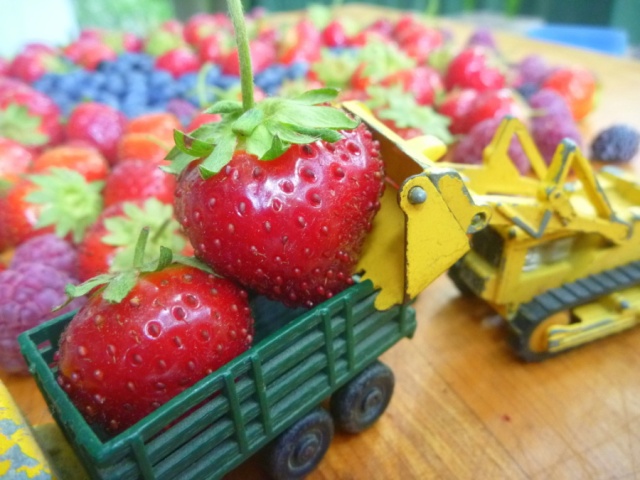 By the 4th of July, the farm stand was bursting with berries of every color. We sang Happy Berry-thday, America!

Then we asked you farm fans to Pray for Peaches, Play With Your Food. Extreme spring weather savaged the tree fruits, but we did okay in the end.

Before July departed, we sounded the alarm: All Veggie Fields Ready for Picking! We threw in a little ROY-G-BIV action for the schoolkid in each of us.

When the heat peaked in August, it was time for Pepperoo. Some said we had jumped the shark. But a farmwide produce party was in the planning.

We ducked the sweltering sun one day to dish out Seventeen Biscuits from the Farmer’s Cupboard of Knowledge.

And on the historic day of August 30, 2012, Veggiestock Hit Farm Country With “Pecks, Hugs, and Rock-n-Roll.” Where were you?

A strange week followed, in which we could only muster this message: The Women Have Left the Farm, and Other Curious Tidbits.

In September, the cider was flowing and the donuts got going. The big question was, Will the Donuts Hold You Over Until the Pig Farmers Arrive?

The First Annual Pigs-n-Apples Party was momentous. Had fun sending out the Picking Report, Party Pictures, and Feedback for the Farm. 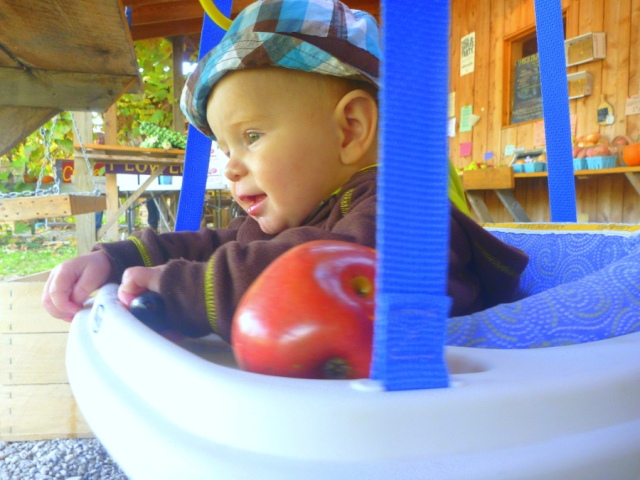 In True Stories from the Farmily, and a Word About Pumpkins, we celebrated all kids with “Henry” in their names.

Five days before Halloween, we announced All the Pumpkins You Can Carry, a Big Pepper Sale, and Photos From Y’all.

Then, in All the Presidents You Can Carry, we complained of how you bought exactly zero items in our Dead Flower Sale. (Grrr.)

As the days got shorter and November settled in, we shared some kitchen tips: Jalapeño Ice Cubes, Flying Saucer Videos, and More Chickens.

The end of November brought the Last Weekend at the Farm Stand. We shifted to our winter work in the nursery.

Let’s hope this review of 2012 is a preview of 2013 — when we’ll see a busy farm, hearty foods, and lots of visitors. Meanwhile, enjoy your winter. Next time you are skiing Greek Peak in the town of VIRGIL, remember the patron poet of crops, trees, animals, and bees. Then take a little odyssey through nearby HOMER.

Stay tuned in January for a message from our nursery crew. We’ll tell you how to order a fruit tree to plant in your own yard, or how to send a baby tree as a gift that will keep on giving. Til then, thanks again and Happy New Year.